My Response to AFT-Maryland Candidate Questionnaire for Baltimore City Races

Please note the AFT-Maryland plans to make these questionnaires public. Only candidates agreeing to this provision are eligible to be invited to any future AFT-Maryland Candidate forum for the 2020 Election.

AFT-Maryland should support me for several reasons. My political platform is in alignment with the AFT-Maryland's mission. I support economic opportunity, high quality public education and healthcare. More specifically, I call for the full implementation of the Kirwan Commission's recommendations, expansion of the Youth Works Program, living wage for all workers, universal and free medical care, and free public college education. For more information, please visit my website, ansonasaka.com. My commitment to such social justice issues is not new. For the past 15 years, I have worked as a civil rights attorney with the NAACP National Office. In addition, as a student at Howard University and political blogger, I have been engaged in the movement for social justice all of my adult life. Aside from being alignment with the mission of AFT-Maryland, I have more qualified than the other candidates. I graduated cum laude with a bachelor of arts in political science. As a lawyer, I have necessary legal skills to draft effective legislation and to excellently negotiate with other law makers and other entities. Finally, my campaign is strong and viable. I have canvassed in every precinct in my district. I have distributed thousands of flyers. I have raised funds for flyers, yard signs, posters, and other important campaign items.
No. However, my father was a member of the Teacher's Union. My brother and grandfather were members of the United Auto Workers Union. Unions are in my blood. The union made it possible for my grandfather, a man with limited education, to provide for his wife and five children. The union made it possible for him to pay for his wife's nursing degree. The union made it possible for my brother to pay for his college education. Although I have not been a union member, I fully understand the importance of unions and I fully support unions.

Yes. All workers should be granted the right to engage in collective bargaining. Collective bargaining empowers workers to protect the rights of hard working Americans. Through collective bargaining workers are able to negotiate higher wages, better benefits, and better working conditions. If elected, I will do everything in my power to expand collective bargaining rights to municipal employees who currently do not have that right.
I fully support ending the exclusion for tipped workers. Ideally, the minimum wage increase should not be delayed. I do support linking further minimum wage increases to inflation. That will ensure that the minimum wage is linked to the increasing in the cost of living.
I do not support such a move. As noted on Investopedia, pension plans have less market risk than 401(k) plans. With a pension plan, the plan provider is responsible for investment and longevity risk. Under the pension plan, workers receive a certain amount based on the amount contributed and number of years employed.
Yes. I would pledge to never vote to move retired educators and city employees to Medicare Part D for their prescription benefits. As stated in the Baltimore Sun, switching to Medicare Part D may be more expensive for retirees.
Yes. I would support a law requiring the various city departments to partner with Maryland Occupational Safety and Health to inspect all city workplace facilities to help identify potential safety hazards. We ensure that all workers are safe.

The three biggest problems facing Baltimore City public schools are inadequate and inequitable funding, insufficient wrap around support resources for indigent students, and inadequate teacher wages and administrative support.
The voters should elect all of the members of the city's school board. However, candidates should be required to have at least 3 years of classroom experience in order to run for office. Elections will ensure that the citizens have the power to directly hold school board members accountable.
Yes. For the previously stated reasons, I would support legislation for transitioning to a fully elected Baltimore City School Board.
Yes. The code of conduct should be revised to ensure that schools are safe for students and teachers. Although I understand the need for some restorative practices to address the problem of the school to prison pipeline, students who attack and/or threaten teachers and/or other students should be expelled and put into alternative schools. As reported in a Baltimore Sun article titled Attacks on Baltimore school employees revive discussions about student discipline , "a Baltimore Sun investigation in 2014 found that school employees reported more injuries than those in any city agency except the Police Department." There have been reports and viral videos of students attacking teachers. Too often, those students are allowed to return to school. That is simply unacceptable.
Ultimately, to address the root cause of the problem, we need to implement long term policies to encourage people to stay in and come to Baltimore. My campaign is about creating a cleaner, safer better Baltimore. Meanwhile, if elected, I would support legislation to convert some of the closed schools into community centers. The community centers could be used for recreation programs, arts programs, counseling, mentor-ship programs, vocational training, and/or adult literacy program.
If elected, I would support school redistricting. Redistricting, if properly planned and implemented, could address the continuing problems of school segregation, achievement gap, and inequitable distribution of resources.
Charter school teachers and staff be considered employees of the city's public school board to ensure that teachers do not lose their rights under Baltimore Teachers Union's collective bargaining agreement.
There should be a limit on the number of charter schools. We must ensure that charter schools do not undermine traditional public schools . We must ensure that all public school teachers' rights are protected and that charter schools are held to the same standards and regulations as traditional public schools.
No. A public funds should not be diverted to private schools. Baltimore public schools are underfunded. According to CEO Sonja Santelises, the Baltimore school system could face a $60 million budget gap if the schools do not receive additional funding from the state and city. Under such circumstances, no funds should be used to support voucher programs. Those taxes should go to Baltimore public schools.

Baltimore City should commit to gradually increasing funding public schools to least 28 percent. We must invest in our youth. They are our future.
I would propose that payment in lieu of taxes (PILOT) programs with non-profits such as John Hopkins be renegotiated. Non-profits such as John Hopkins should pay their fair share. As noted by a Baltimore Brew titled Do Baltimore nonprofits pay their “fair share” of city services? , "Hopkins pays no property taxes, but voluntarily contributes $3.25 million to the city under the 2016 PILOT." the Baltimore Brew article further states that: "Were Hopkins to pay property taxes, some $59 million would go to the city, Cenname estimates. That represents an 18-fold increase in funds from the present arrangement ($59 million compared to $3.25 million)."That article further points out how such non-profits are underpaying the city by $41 million dollars for city services. Furthermore, developers and corporations must paid their fair share as well. In addition, I would advocate for the legalization and taxation of marijuana. A significant percentage of marijuana tax revenue should be allocated to Baltimore public city schools.
Yes. Language and titles are a reflection of culture and values. Our schools should not follow a for-profit corporate model. Our schools should follow a public service model. Changing the title to "Superintendent" will reflect a return to the public service model.

None of the city's resources should be privatized. I do not believe that it is appropriate to privatize public services.

20. Development: In 2016, the city passed a multi-billion dollar re-development plan, supported by a $535 million TIF request to develop Port Covington. Opponents worried development projects such as these, funded through public tax revenues, will be used not to the betterment of all in the city, but instead to the betterment of wealthy elites, widening the gap between the haves and have-nots in Baltimore. Do you have a vision for development in Baltimore City that... 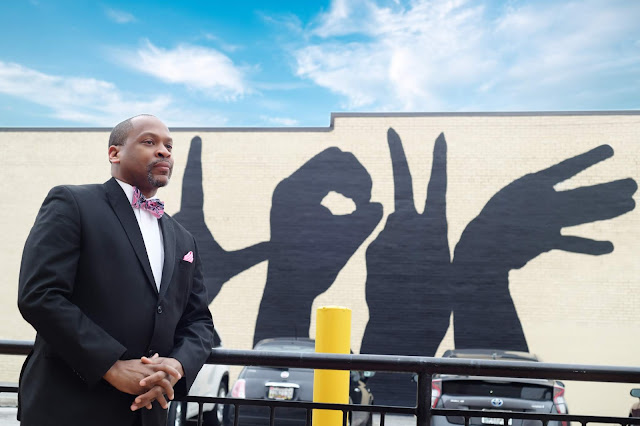 Yesterday, I participated in the 4th District City Council Candidates Forum hosted by League of Women Voters, Harbel Community Organization, and NECO.  Thank you for hosting this great discussion.  To view the debate, please click this link .
Read more